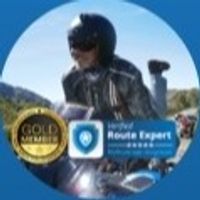 I live on the coast of North Devon between Exmoor and Dartmoor National Parks. This is a beautiful part of the UK and I and my wife Hannah have many places to ride our motorcycles.
We love touring on our motorcycles and use both MRA Navigation and a TomTom Rider 500 for Navigating.
I am a mentor within the MyRoute-app RouteXpert framework and can help out with most of your queries regarding route planning.

Posts made by Nick Carthew