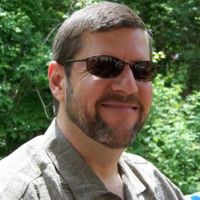 Long time rider, currently riding a 2008 Victory Vision that has seen some better days but is still a workhorse.

Posts made by Joe Adam