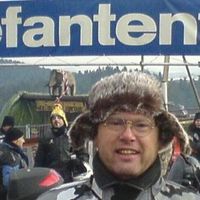 Living in Regensburg (southern Part of Germany), I love riding allone or in groups; also sometimes with beginners. I'm not flower picking during the ride, but I drive carefully. More frequently in the direction to the Alps, than towards nordern part of Europe.
Proude owner of a Moto Guzzi Norge 1200 and a Ducati Multi Strada 950S (mostly used for unpaved roads).

Best posts made by Guzzist

Latest posts made by Guzzist