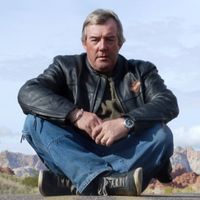 Gary, who formed and runs Harley-Davidson motorcycle tour operator Tour1 (www.tour1.com), is an experienced international rider, who has ridden in many countries. The list currently stands at…..

A regular at many international Harley-Davidson events, as well as many in the UK, Gary is an active member of HOG. Gary mainly rides Street Glides, a Road King, plus he has a passion for custom motorcycles. He also rides an old Yamaha TTR 250 off-road.

In 2010, Gary rode 21,475 miles around the USA in a single four-and-a-half month road trip. He wrote a huge book about his journey called ‘France In America’. Search Google for 'France in America Harley'.

Best posts made by Gary France

Latest posts made by Gary France